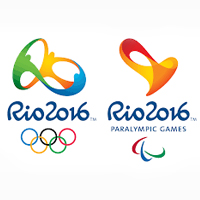 Construction work began Thursday on one of the two main sports complexes that Rio de Janeiro plans to use for the 2016 Olympics, as organizers hope to quell speculation that the city won't be ready.

Located on a sprawling military base on Rio's outskirts, the so-called Deodoro Sports Complex will host mostly outdoor sports, such as equestrian, shooting and mountain biking.

Deodoro has, for months, been a point of concern for Olympics officials in Brazil and abroad. Its construction was delayed for the better part of a year amid confusion among various government bodies, before Rio's city hall took over responsibility for the project in November.

Deodoro, however, presents some major logistical challenges. A small mountain range separates the area from Barra, where the athletes' village will be located. And it is also situated about 20 miles from popular tourist areas; a taxi to Deodoro from Copacabana would run upward of $40 each way. Authorities are hoping spectators will take the train or use a new fast-lane bus to Barra that is projected to be finished in time for the Games.

The groundbreaking at the complex also comes as Brazilian politicians and Rio Olympics organizers are trying to beat back criticism about the slow pace of preparations so far. In April, IOC Vice President John Coates called Brazil's Olympic preparations the "worst" he'd ever experienced.

With just over two years before the games' opening, a number of sports venues and other projects have yet to be built. While some existing venues only need minor modifications, others must be built from scratch, including a new arena where fencing and some women's basketball will take place, and the white-water and BMX courses.

Rio's infrastructure and transportation systems are also far less developed than London, host of the previous Olympics. Rio Mayor Eduardo Paes acknowledged last month that a cleanup of the heavily polluted Guanabara Bay, where sailing events are set to be held, will only be partially finished in time for the Games.

Politicians shaken by widespread street protests last year have vowed to avoid the spending on ceremonies and venues that has characterized some past Games, notably in Beijing.

Still, the sports arenas alone are estimated to cost $3 billion. More than four times that amount will be needed to run the events and build infrastructure, such as a new Metro line, to improve access to the venues—bringing the total price tag to around $17 billion.