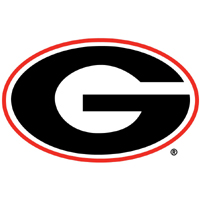 A major enhancement of $63 million project to the west end zone of Sanford Stadium was approved by the University of Georgia Athletic Association Board of Directors.

This project will have 120,000 square feet of new and improved space that will include a new locker room for the Bulldogs, room to host and entertain prospects on game day, a larger video board and a new plaza for game day fans.

When completed, the new dressing room at the west end will offer fully-equipped locker and shower facilities for the Bulldogs, nearly doubling the amount of available square footage.

Directly above the new locker room will be a hospitality lounge, covering over 10,500 square feet, used exclusively for hosting prospects and their guests on game days.  The lounge will be the first of its kind at Sanford Stadium for the Georgia football program. The new plaza — replacing all existing entrances into the stadium’s west end — will offer fans a dramatically improved game-day experience.

The construction project, which is expected to take approximately 17 months to complete. In order for the enhancements to be ready for the 2018 football season, initial work needs to begin by April of 2017.