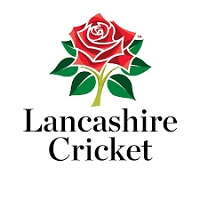 Lancashire Cricket Club plans for the next phase of the redevelopment at Emirates Old Trafford which has received approval from the Trafford Council.

The significant development at Emirates Old Trafford includes plans for a new 4,850-seater stand, which replaces the Red Rose Suite, and is set to feature a pitch-view suite, enhanced Member facilities, a heritage centre, ticket office and retail shop which will face directly on to Brian Statham Way.

The stand will take the capacity of Emirates Old Trafford to 26,700, making it the largest ground outside of London.

Also included in the plans is an extension of the award-winning Hilton Garden Inn hotel, which opened its doors two years ago at Emirates Old Trafford, due to its ongoing success.

The redevelopment plans coincide with the transformation of the suburb, including the Town Hall and surrounding areas into a new ‘Civic Quarter,’ which covers a 120-acre site taking in the Town Hall, Lancashire Cricket Club, the former Kellogg’s site including the University Academy 92 (UA92) campus, stretching up to the A56/Chester Road and White City retail park.