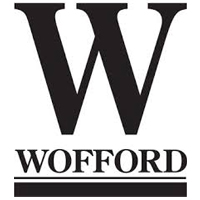 South Carolina's Wofford College breaks ground on the Jerry Richardson Indoor Stadium, the new home of basketball and volleyball at the college.

The facility will be adjacent to the north end of Gibbs Stadium, where the Terriers play football. This facility will include a 3,400-seat basketball arena and a 500-seat volleyball competition venue as well as offices, locker rooms, meeting rooms, training rooms and special fan areas, including several open-air suites. The facility will replace Benjamin Johnson Arena, which will continue to be used as a first-rate gymnasium for intramural and campus recreational activities.

Construction on the Jerry Richardson Indoor Stadium will began this fall with the opening date slated for September 2017.

The Jerry Richardson Indoor Stadium also will have a seating capacity for non-athletics functions, such as commencement and concerts, of 4,500. It will include home and visitor lockers for multiple sports, a state-of-the-art training room, coaches’ offices and locker rooms and team meeting rooms. Other features include a video board and ribbon boards, plus designated areas specifically designed for students, fans, children and donors. Several open-air suites also are planned.