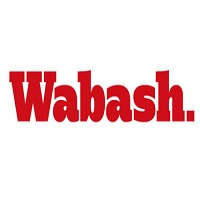 Wabash College has announced plans to construct a new football stadium that will open when the Little Giants host Rose-Hulman on September 5, 2020.

Little Giant Stadium will include seating for 3,550 fans in the main grandstand, suites, and the W Club Lounge. The new facility will also include game operations and media booths, relocated scoreboard, a new playing surface, all-weather track, and expanded restroom and upgraded concession areas.

The new Little Giant Stadium will include four suites and the W Club Lounge on the second level, accessible via an elevator. Within the main concourse will be a Hall of Giants, which will pay tribute to Wabash’s accomplishments in intercollegiate athletics.

The new Little Giant Stadium is being designed by the DLR Group in Kansas City, which has a proven record of excellence in stadium design for more than 30 years. Indianapolis-based FA Wilhelm Construction will serve as the project’s construction manager.