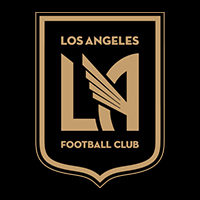 The LA City Council scored a tremendous victory for the people of Los Angeles by unanimously approving the Final Environmental Impact Report (EIR) and other environmental and entitlement agreements for the Los Angeles Football Club (LAFC) for $250 Million Privately Financed Soccer Stadium.

The new development, which will bring more than $250 million in private investment to South Los Angeles, will be anchored by a new 22,000-seat soccer-specific venue. The project, designed by LA-based architectural firm Gensler, will also include over 100,000 sq. ft. of new restaurants, office space, a conference center and a world football (soccer) museum. The stadium will maximize fan and player experiences, incorporating elements and best practices from entertainment and sports venues from around the world.

Over the past 18 months the Club, City, State, Coliseum Commission, the California Science Center Board and USC worked together to meet a series of benchmarks.  These benchmarks included thorough environmental, entitlement and infrastructure reviews, support by the City Council, the State, LA City Planning Commissioners, Exposition Park Commissioners, Coliseum Commissioners and an agreement with USC, which is responsible for managing the Sports Arena site.

These approvals by the City Council provide LAFC formal consent to take possession of the site and proceed with the groundbreaking of the project.  Demolition of the Sports Arena is expected this summer.  The new facility will be ready for the Club’s inaugural season in 2018.