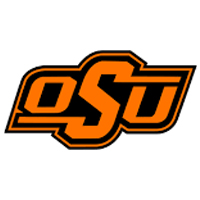 The Oklahoma State University athletics complex will construct New Stadium for the OSU women’s soccer program with an investment of $20 Million.

The new facility will be a showcase for college soccer with club seats, plaza and upper bowl gathering areas and a north end zone terrace area and seating designed specifically for OSU students. Team facilities include locker rooms, meeting areas, kitchen facilities, sports medicine areas and equipment rooms. The stadium will be able to accommodate more than 3,500 fans in permanent seats.

The north end zone includes bleacher seating for more than 400 and will include a patio, a building and a concourse area that can host more than 125 for gatherings.

Another additional 900 seats will remain on the east side of the stadium, where they have been located since the program was launched.

The stadium will be named after the project’s benefactor, Oklahoma State graduate Neal Patterson. With completion planned for the fall of 2018.