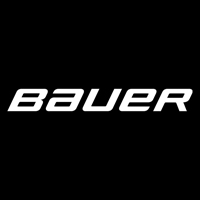 The Kingsbridge National Ice Center and Bauer Hockey today announced a long-term strategic partnership that looks to transform the game of hockey into a fully accessible, mainstream recreational and competitive pastime in the Bronx, New York and surrounding areas.

"Today is truly a great day for the sport of hockey in the Bronx, the city of New York, and surrounding areas," Messier said. "We are thrilled to enter a partnership with the world’s top hockey company and welcome Bauer Hockey to the Kingsbridge family. We are excited to combine our efforts to make a significant impact on not only the sport of hockey, but also the lives of so many kids in the area."

Bauer Hockey, the world’s leading manufacturer of ice hockey equipment, has agreed to invest $4 million with the Kingsbridge National Ice Center to assist in the overall development of the state-of-the-art facility. In addition, as part of the ongoing partnership, Bauer Hockey will work closely with Messier and the Kingsbridge National Ice Center on several initiatives, including the development of programs that will introduce the sport of hockey to new participants. Bauer Hockey, which is owned by Performance Sports Group, has committed to grow participation rates in hockey and add 1 million new players to the sport by 2022 as part of its Grow the Game initiative.

"A key goal for us at Performance Sports Group is to ensure kids have fun playing sports and also do what we can to ensure the growth of overall sports participation," said Kevin Davis, chief executive officer and president, Performance Sports Group. "We share that same goal with Mark Messier and the Kingsbridge National Ice Center. We are all committed to growing the sport of hockey and creating access to the sport that is approachable, accessible, affordable, and, most of all, fun."

Expected to be completed in 2017, the Kingsbridge National Ice Center is slated to be the world’s largest indoor ice center. Messier expects to make an immediate impact with the untapped Bronx hockey market, as well as the community itself.

"These investments provide this project with great momentum – and validate our belief that it will make a positive impact in the Bronx and New York City for years to come," Messier said.

Sagent Advisors, based in New York, served as the financial advisor to the Kingsbridge National Ice Center on both the capital investment transaction and the strategic partnership with Bauer Hockey.

Bauer Hockey is the world’s most recognized designer, marketer and manufacturer of hockey equipment. Founded in Kitchener, Ontario in 1927, Bauer Hockey developed the first skate with a blade attached to a boot, forever changing the game of hockey. Since then, Bauer Hockey has continued to develop the most sought after products in the industry, including the widely successful SUPREME®, VAPOR® and NEXUS® lines of products. Performance Sports Group Ltd., the parent company of Bauer Hockey, is a publicly-traded company on the New York Stock Exchange and the Toronto Stock Exchange whose affiliates market products under the BAUER, MISSION, MAVERIK, CASCADE, INARIA, COMBAT and EASTON brand names. For more information, visit Bauer Hockey’s website atwww.BAUER.com.

This communication shall not constitute an offer to sell or the solicitation of an offer to buy securities.